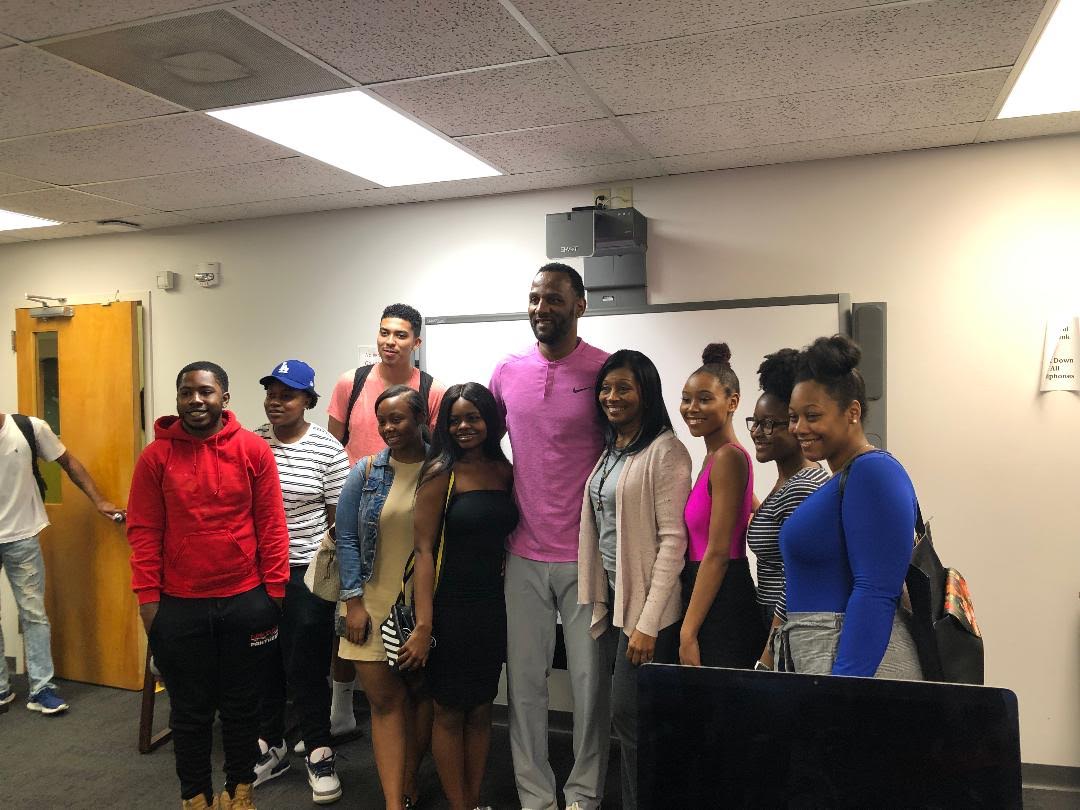 Opening up about his work experiences in men’s basketball as well as affording opportunities to students interesting in interviewing the CAU basketball team, CAU’s Head Men’s Basketball Coach and NBA Veteran wants to help in building resumes.

Coach George Lynch spoke to a full classroom of students in room G26 during the Sports Journalism class on Apr. 10 about life and various journalism opportunities pertaining to the Men’s basketball schedule for the 2019-2020 season.

Some of the specific opportunities that he talked about was marketing the basketball team in various ways.  “I would also like to have a student travel with the team to see what it’s like when Men’s basketball is traveling.” Lynch said.

Coach Lynch shared with the class an open door policy that he has with his players and now the students of Clark Atlanta University regardless of any major. He wants to not just be the basketball coach of the institution but a mentor for students to come talk to about anything whether it’s school or just life itself.

He talked about the importance of having a publicist for an athlete in today’s generation. “Nowadays for athletes, social media is all that is being used. I have three kids and that is what takes up most of their time which is social media. My publicist actually taught me the importance of social media and what it can do for my career, CAU’s men’s basketball and also Clark Atlanta University.” Lynch said.

As three of his main players are graduating, Jalen Mitchell, Shelvick Henry, and Austin Donaldson, the Men’s basketball team is in search of signing new players. Coach George Lynch talked about open tryouts and positions that need to be filled by next season.

“We have 50-100 kids who wants to play at Clark coming in to try out and I have about four scholarships, maybe five. I need a point guard that’s a leader and a team player and I need another scorer because between the three seniors, I lost 80 percent of my scoring,” Coach Lynch further shared. “I need to bring in an older JUCO 2-year guy that’s mature and can score and then I need a big guy who’s going to do all the dirty work so I have to bring in those three players from this workout this week.”

He also discussed the importance of giving back to the institution when students become alumni. “It’s always a pay it forward type of thing that you guys have to do and that’s why I’m asking you all to come be a part of what we’re trying to establish with basketball and I even talked to the football coach and he wants to do the same thing.”

Giving students resume building experience during matriculation at Clark is important but Coach Lynch encouraged the audience to making giving back to the institution for the next generations also a priority.

View all posts by Ashton Edmunds